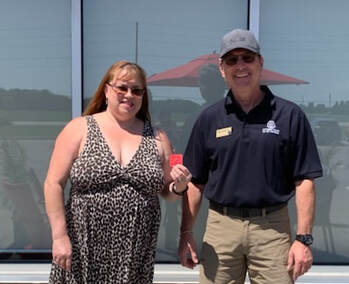 ​Classic Cars are much more than a mode of transportation. Often times, they are coveted family heirlooms, and they’re as interesting as the people who collect them.  To celebrate the 7th Annual Nostalgia Nights Classic Cars and those who cherish their cars, I will include a few fun facts about the hottest cars in history each week.
1.  The first full-scale, self-propelled mechanical vehicle was released in 1769. It was a steam-powered tricycle that was used to haul cannons around town. (But, it weighed 8,000 pounds!)
2.  The Benz Patent-Motorwagen is believed to be the first modern automobile. German inventor Carl Benz applied for the patent in 1886, and later, his wife took it on the first-ever, long-distance drive.
3.  In 1913, the Ford Model T became the first mass-produced automobile. Three years later, 55 percent of all cars in the world were Model Ts, which is a record yet to be broken.
4.  The 1964 Pontiac GTO is widely regarded as the first “muscle car.” Pontiac owned the muscle scene in the early 1960s, but by 1968, that car had plenty of competition.
​5.  The Ford Mustang also made its debut in 1964. It was officially unveiled at the World’s Fair in Flushing Meadows, New York. That same day, the car also debuted in showrooms across America, and close to 22,000 Mustangs were purchased.
6.  The first Chevrolet Camaro to ever come off the production line was black.  And originally, the Camaro was going to be called the Panther.
7.  The 1969 Dodge Charger Daytona was banned by NASCAR. The car was named for the Daytona 500, and with its record-breaking speed, it won the first race it was entered in. Unfortunately, however, it was just too fast to last.
8.  Pontiac’s “The Judge” (a 1969 GTO) was named after a TV show skit. At the time, John DeLorean was the man in charge, and he chose to name the car after a show he watched and liked: “Rowan & Martin’s Laugh-In.”
9.  “The Judge” was also featured in what’s considered the first-ever rock music video. In the original TV commercial for this car, Paul Revere and the Raiders sang a song they wrote about it.
10.  The original “Dukes of Hazzard” show featured a total of 309 Dodge Chargers – all 1969 editions. How can you tell a 1969 Charger from a 1968? Look for the split grille on the front of the ’69 model.
11.  A 1977 Pontiac Trans Am starred in the movie “Smokey and the Bandit.” Four were provided for the movie – all of which were badly damaged during production.
12.  Each member of The Monkees was given a new Pontiac GTO. As part of their contract, everyone on the hit TV show got a hot car for personal use.
13.  Flip-out headlights on the Dodge Charger were used for the last time in 1973. Apparently, they didn’t seem very family friendly.
14.  There is no 1983 Chevrolet Corvette. Instead, Chevy skipped a year and introduced an all-new model in 1984. However, there were prototypes of the car, and all but one was destroyed. It now lives in the National Corvette Museum in Bowling Green, Kentucky.
15.  Only 11 prototypes of the Porsche 916 exist. It’s one of the rarest cars in the world, as it was soon replaced by the less expensive Porsche 911.
16.  Chrysler’s 426 HEMI engine was called “the elephant.” It was extremely large and extremely powerful. In fact, at Daytona in 1964, the vehicles that placed first, second and third all had this engine – which is why NASCAR would eventually change its engine-related rules.
17.  The most expensive car ever sold at a public auction was a 1954 Mercedes-Benz W196R Formula 1 race-car. In 2013, it went for a staggering $30 million.